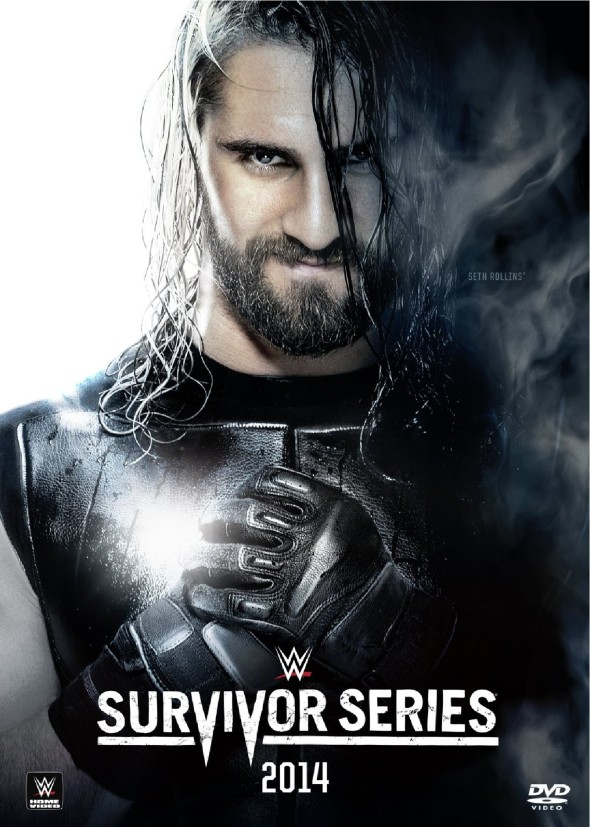 It’s hard to believe that Survivor Series, one of the biggest events of the wrestling calendar, is just hours away. Even though we’ve had weeks of build-up, it still feels as though it hasn’t been pushed properly over the past few weeks, or even promoted at all. It may be because the year is winding down (this is the penultimate PPV of 2014) but something seems off about SS this time around, although traditionally it isn’t the most well-handled PPV anyway – what the hell happened last year? Does anyone remember, or even care? Let’s face it, Raw has kind of sucked since Hell In A Cell – which had its own issues, too – and there’s a sense, particularly with the stipulation-heavy Main Event, that the powers that be aren’t quite sure what direction to take. With that in mind, here are my personal, prejudice-filled predictions for tonight’s show:

Fandango -v- Mystery Opponent
Fandango may be kind of a joke as a wrestler, or at least he started out that way, but he’s a hell of a lot more tolerable than Adam Rose, so if tonight marks his triumphant return, then so be it, even if he’s relegated to the pre-show. Mystery Opponent has been working like a champ for years, defeating everyone from CM Punk to John Cena, but this may be the night his luck runs out because Fandango will be hungry for it after spending so long away from the ring. The less said about his rumoured accomplice, Rosa Mendes, the better. Bad News Barrett is also scheduled to appear on the pre-show, though, so even if this match totally blows, at least he’ll be there to deliver the news in style.
Predicted winner: Fandango

Divas Championship Match: AJ Lee -v- Nikki Bella
The AJ/Paige feud earlier this year was the best Divas storyline in years, and it sucked to see it discarded so thoughtlessly at HIAC. Nikki has been gaining traction lately but, no matter what little girls on Twitter say, she isn’t the best yet and there’s no real reason for her to be up against AJ tonight, let alone for the belt. It would’ve been better to give the girls an actual match at last month’s PPV, allowing for their feud to end properly, while the Bellas fought away in the background. Two Divas matches at one PPV seems like a bit much, but I’d rather have AJ/Paige and then the Bellas than this load of shit, followed by the elimination match later on, which may as well be entitled “Watch Total Divas for the love of god, just watch it please we’re begging you”
Predicted winner: AJ Lee

Fatal 4-Way Tag Team Match for the title: The Usos -v- Stardust & Goldust -v- Los Matadores
Hands up if you think someone’s banging a matador backstage! Otherwise, how did they get involved in this title match? Sure, they showed up on Raw this week, in a match during which The Usos barely featured, but their presence isn’t necessary tonight, let alone desired. The WWE have always kind of mishandled the tag team championship, leaving it as an afterthought following pretty much every other belt besides the Divas one. Goldust and Stardust haven’t really done much during their title reign, and it seems like The Usos only held it just yesterday so where’s the suspense supposed to come from here? Surely not from the inclusion of the goddamn matadors.
Predicted winners: Goldust & Stardust

Divas Elimination Tag Team Match: Emma, Alicia Fox, Naomi & Natalya -v- Paige, Cameron, Layla & Summer Rae
Aside from poor Emma, whose gimmick never really caught on on the main show, this is just the cast of Total Divas, none of whom can hold a candle to Paige who joined in series three and, alongside AJ, is the most exciting prospect in the women’s division right now. And yet, here she is, relegated to being a part of what is essentially little more than a beauty pageant. There is no point to this match other than to sell us the idea that the reality show is worth our time, and it is, if you want to pretend, even for a second, that Divas matches actually matter to the WWE.
Predicted winners: Paige (nobody else matters) 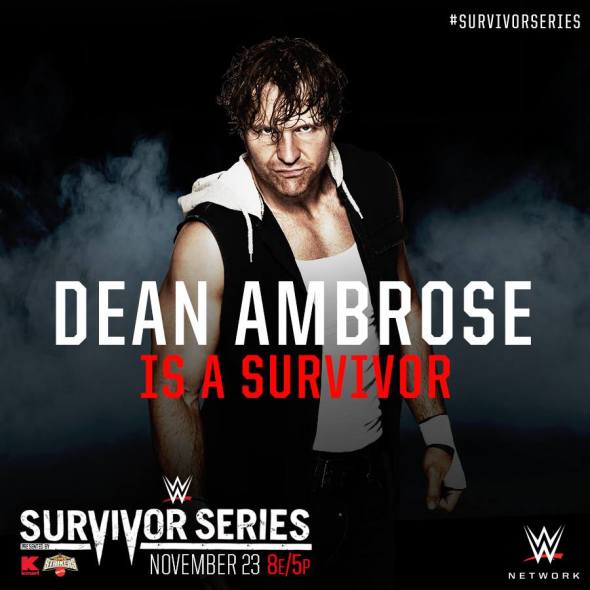 Dean Ambrose -v- Bray Wyatt
We can only hope that this is the second last match of the night because if it’s trotted out second or third we are going to have to sit through a lot of bullshit before getting to the Main Event, which coincidentally is also bullshit. I’ve written at length about how this feud feels sort of forced and, having been in the crowd at HIAC for Wyatt’s big reveal, I can say with some certainty that the majority of fans in attendance would’ve preferred to see Ambrose win clean, or Rollins cheat his way to victory, rather than the match suffer due to random interference from someone who had been otherwise forgotten (wrongly so, but still). Bray Wyatt is an assured presence, both in the ring and on the mic, but the WWE haven’t known quite what to do with him since his feud with Cena ended and Jericho failed to put him over during his short-lived return. It seems Ambrose has been gifted the opportunity to help Wyatt re-establish himself but, thus far, the two have been doing little more than going through the motions on Raw and Smackdown, with Wyatt cutting promos about how Ambrose’s dad abandoned him as a kid, thereby diminishing his mystique as one of the greatest anti-heroes of our time. This could very well be the match of the night, but it’s more likely to be more of the same, which is sad because both of these guys are sure to work their asses off out there.
Predicted winner: Dean Ambrose

Main Event: Elimination Tag Team Match: Team Cena (John Cena, Dolph Ziggler, Big Show, Ryback & Erick Rowan) -v- Team Authority (Seth Rollins, Kane, Rusev, Mark Henry & Luke Harper)
This has to be the Main Event, right? Cena didn’t headline at HIAC so he has to be doing so tonight, otherwise the WWE Universe as we know it will implode! I’ve got mixed feelings about this match-up. On the one hand, it seems totally pointless and dull because the storyline that’s led to the stipulation has become increasingly jarring and repetitive. On the other, if something is going to go down tonight, it’s definitely going to happen during this match. It could go several ways, with many commentators favouring an angle that sees Orton showing up unannounced, joining Team Cena and screwing his former bosses in the process. Others point to the fact that Sheamo has been due a heel turn for months now and after conveniently being taken out of the running because of an injury, may show up as though he’s about to rejoin Team Cena only to take a spot with their opponents instead. There are also those who, as per usual, believe that Sting is going to show up because it’s still real to them, damn it. In all seriousness, this match is probably going to be all over the place until the end, but suffice to say that whoever wins, we lose. Just make it stop already. Come back, Roman Reigns! All is forgiven!
Predicted winners: Team Authority

Hopefully Survivor Series will offer up some surprises, or at least more than my cynical mind will allow but, as it stands, it isn’t stacking up to be the most thrilling of PPVs. The Main Event, if it is indeed the Team Authority/Team Cena bout, has been hilariously oversold. Seriously, does anyone give a shit anymore? Rollins has more heat with Cena, Ambrose, even Orton, than he ever will in this match when he’s hidden behind bigger guys like Henry and Rusev, who must be thanking Putin every night for the amount of good luck bestowed upon him.

The less said about the Divas the better, but perhaps Nikki will pull it out of the bag tonight and give AJ an actual opponent for the belt in the process. If it’s simply a case of Brie intervening and stealing her chance, then I’ll be rolling my eyes along with AJ as she saunters off to continue being awesome in spite of, or indeed down to, her lack of reality show exposure. The tag team bout is shrug-worthy, while the Ambrose/Wyatt match is either going to be the highlight of the show or the biggest disappointment of the night. Either way, this whole thing reeks of bad writing, bad booking and a lack of care and attention to detail.

Hell, maybe Survivor Series will the PPV of the year. Maybe Sting really will show up. Check back tomorrow to find out whether we’ll remember it next year, or if it’ll be resigned to backstage photos and barely-glimpsed Tweets from fans far cleverer than the writers currently employed by the WWE.