Wrasslin’ Wahey Of The Week 5 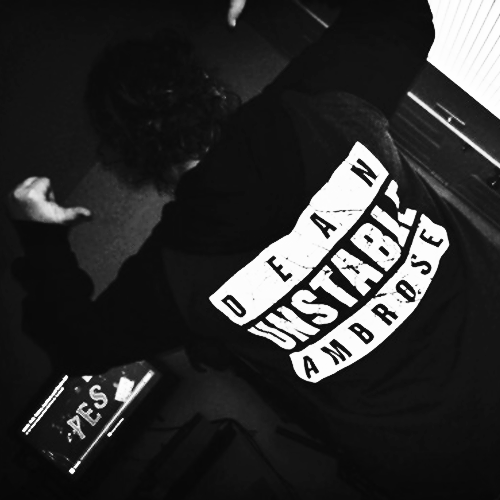 Without a doubt, the biggest “wahey!” moment of the week – aside from Prince Devitt‘s awesome debut at an NXT taping, of course – was Dean Ambrose popping out of a box to attack Seth Rollins on Raw. If you need a reminder of that moment, in all its glory, here it is.

There were those who thought him popping out of a trunk couldn’t be bettered.

There were those who thought him popping out of a present, at Hulk’s birthday celebrations, couldn’t be topped.

But those non-believers were proven wrong on Monday night when Ambrose showed he can hide in any inanimate object, for prolonged periods of time, and make it seem totally reasonable when he pops out and unloads on poor ol’ Rollins.

Once Rollins informed Randy Orton that there would be “a surprise” for him ringside, with Ambrose conveniently locked away by Triple H, it seemed all but guaranteed that he was going to show up somewhere unexpected.

Given his previous hiding place was a giant present, the box that was supposedly full of cinder-blocks wasn’t too much of a stretch, and it didn’t shock everyone, but thanks to Tumblr, we know that Justin Roberts, at the very least, was surprised to see Ambrose pop out of there. 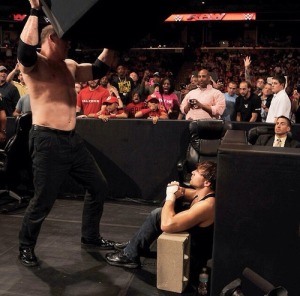 Maybe even a little frightened, too. 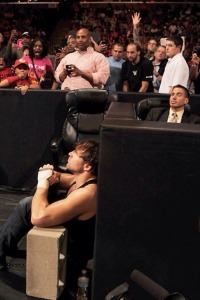 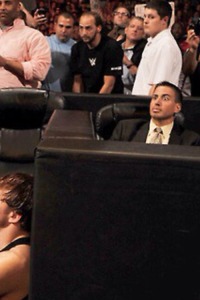 It’s hard to know whether Roberts is just a really good actor, or if he genuinely was shocked to see Ambrose instead of a load of cinder-blocks, as promised. But either way, his reaction makes this moment even more amazingly ridiculous.

The question remains, though – where is Ambrose going to pop out of next? John Cena‘s locker? The Undertaker‘s casket? Kane‘s little home beneath the ring? Maybe he’ll show up on Total Divas, the weirdest place for an actual wrestler to appear (sorry, Usos).

Either way, the fact remains that Dean Ambrose popping out of unexpected, or even sometimes obvious, places is not getting tiresome any time soon. Long may he crouch in darkness while matches go on around him. Hopefully his legs won’t go numb.